Your Worth Is Not Up for Debate 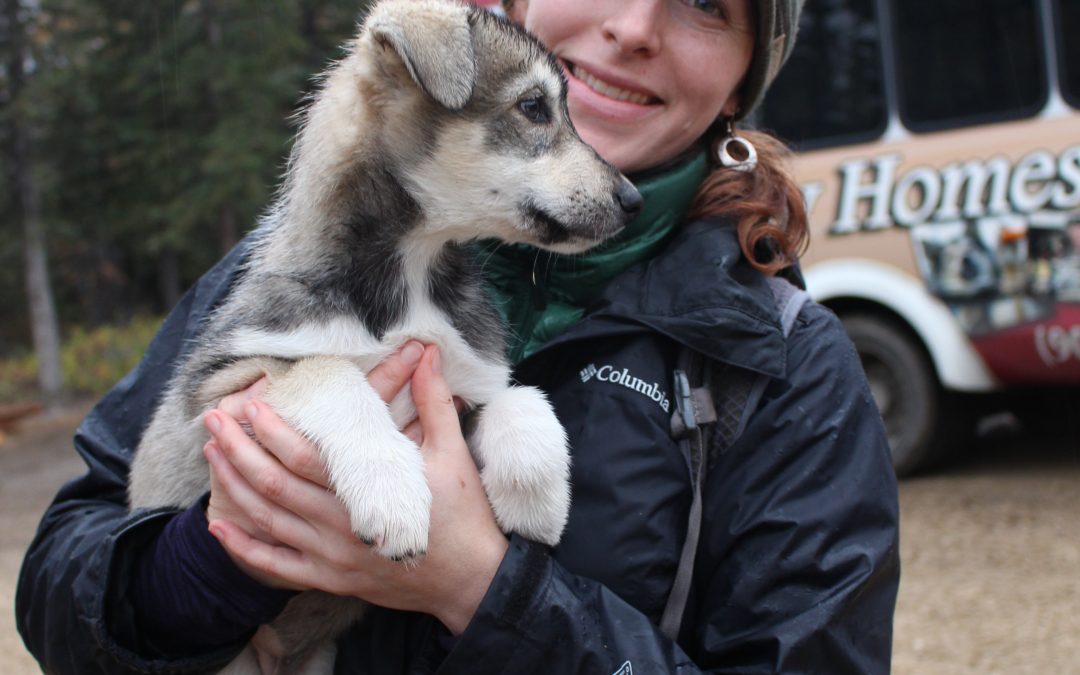 In September 2015 I took a trip to Denali National Park in Alaska to visit my lady partner in crime Maritza who used to work there in the summers. Maritza told me to bring my warmest clothes for my end-of-summer September trip and I was mighty glad I listened to her. I had just come back from Japan where the heat and humidity are, in a word, oppressive. In contrast, Alaska in September was below freezing and it snowed for most of the week I was there. But we didn’t let the cold stop us from exploring and goofing around in the wilderness. Maritza and I have been gal pals for years and we made more mountain-woman adventures together with hikes bus tours through Denali National Park.

Me and Maritza bundled up in September in Denali National Park

On a day that she had to work, I signed up for a half-day trip to visit Husky Homestead, the home of Iditarod champion Jeff King. This was a high-quality full-on puppy-love experience which I recommend highly to anyone visiting the Denali area. Liking dogs or just puppies is a prerequisite. Jeff King is everything you’d expect in an Alaskan heartland-dwelling sled dog racing champion: a tough personality, dry humor, an animal lover, and full of stories about living and sled dog racing in the middle of the Alaskan wilderness. He spoke honorably of his daughters, ex-wife, and current wife. He spoke candidly and humorously about what it’s like to raise and race sled dogs in the Alaskan and northern Canadian wilderness with a blend of humor and some other stories that had us in the audience on edge. He also spoke admirably about the women in his family and in his sled dog racing circles which made him even more likable to me.

Wait, What Did She Say?

To get to the Husky Homestead, a van picked me and some other tourists up from a few different locations to whisk us away to husky-puppy-land which was about 30 minutes away. At one location, we ended up waiting a few extra minutes for someone who was on the roster who wasn’t at the pick-up location. A few minutes later, the person came up to the van and announced to the bus: “So sorry to make you all wait”. This “sorry” seemed genuine and appropriate for the situation; this person had, for whatever human reason, kept us waiting a few extra minutes. She was sorry for taking up everyone’s time. Remember when we talked about excessive apologies before? Well I think this was one of those times it was appropriate to say: “I’m sorry”. I smiled at her as if to say: “It’s okay. Glad you made it. We’ve all been there.” and I meant it. I pulled my coat a little tighter around myself to keep out the cold Alaskan Setepember air. “Let’s get this bus moving and the door closed,” I thought to myself. Onward to see husky puppies!

What happened next was so unbelievably cruel, it made me freeze even more. One of the other tourists on the bus replied to the late-arriving person’s apology by saying in a vengeful tone of voice:

“You’d better be someone worth waiting for.”

I was so struck by the harshness of this remark. I felt blindsided in disbelief that someone would say something like that to another human.

Your Worthiness Is Not Up for Debate

This incident always comes to mind when I think about the delicate nuances of apologizing, setting boundaries, and standing up for yourself or others. As I mentioned, I think it was appropriate for the person to apologize; she kept ten or so people waiting for ten minutes. But to have someone challenge her worthiness as a human for keeping us all waiting? No way. That was just vicious. And in the span of a few seconds, that woman was felt called to apologize then also had to make a choice: should she also stand up for her worthiness?

Here’s what I wish I had told the woman who arrived late directly: “You’re worthy enough. Just as you are. You don’t have to prove your worth as a human who’s deserving of love.” Thinking about saying that rather than confronting the woman who was so unkind feels even better. Because ultimately we know that those who criticize others so harshly are doing so because they feel that their own worth is in question.

I feel like we need a puppy chaser. After that incident and 30 minutes of silent bus ride later, we were greeted with armfuls of Alaskan husky puppy love.

They were even cuter in real life if you can believe it. I’d never seen so many dogs be so happy and just be dogs without being scolded for peeing on outdoor furniture, sniffing butts, and barking out of sheer pack enjoyment. It was a delight. Let sleeping dogs lay… and let Alaskan husky dogs pull a sled or a 4-wheeler.

Have there been times in your life where you’ve been blindsided by someone else’s cruel remarks and you didn’t know what to say? Has your worth as a human ever been challenged by another? I’d love to hear how you reacted and how you were able to navigate that awkward and emotionally taxing situation. And I can only hope that you had an actual armful of puppies or something else of equal joyful equivalence to help you realize: “I’m worthy enough. I don’t know what that person’s going through.”

Any cookies that may not be particularly necessary for the website to function and is used specifically to collect user personal data via analytics, ads, other embedded contents are termed as non-necessary cookies. It is mandatory to procure user consent prior to running these cookies on your website.